In case you didn't hear, comedy is now legal on Twitter but accounts engaged in parody must include “parody” in their name, not just in bio. Of course, this only made everyone double down. So yesterday, I changed my name to Rust Language and started posting misinformation.

The last week on twitter has basically been "the new 3rd grade substitute teacher can't control the class" and we're all misbehaving. I've changed my twitter back to my real name and face, so I've preserved my fake Rust tweets for posterity here. 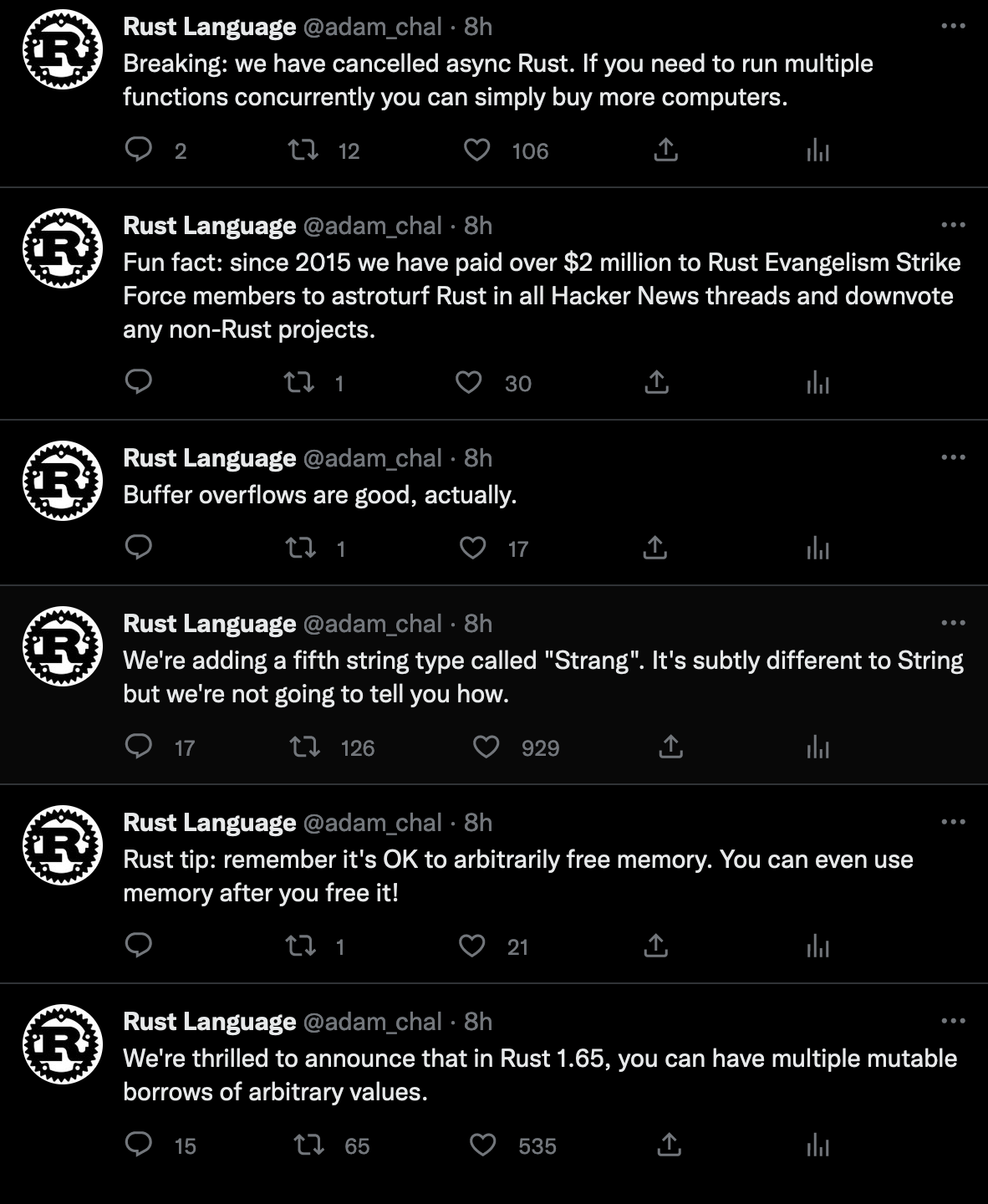 (Rust should add "Strung", past tense of "String", for a pointer to a deallocated string) 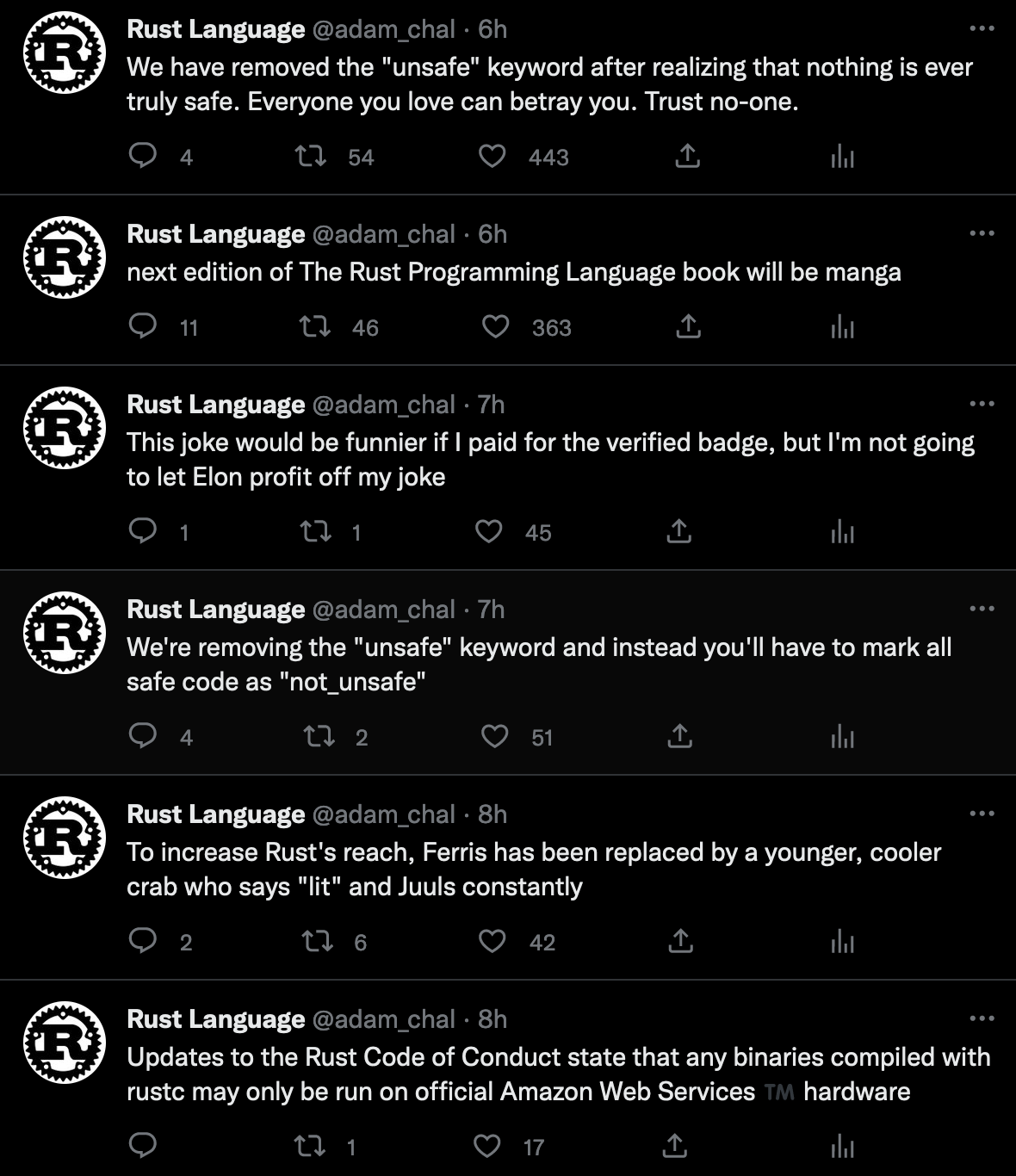 (there's probably a huge market for a manga-style Rust textbook) 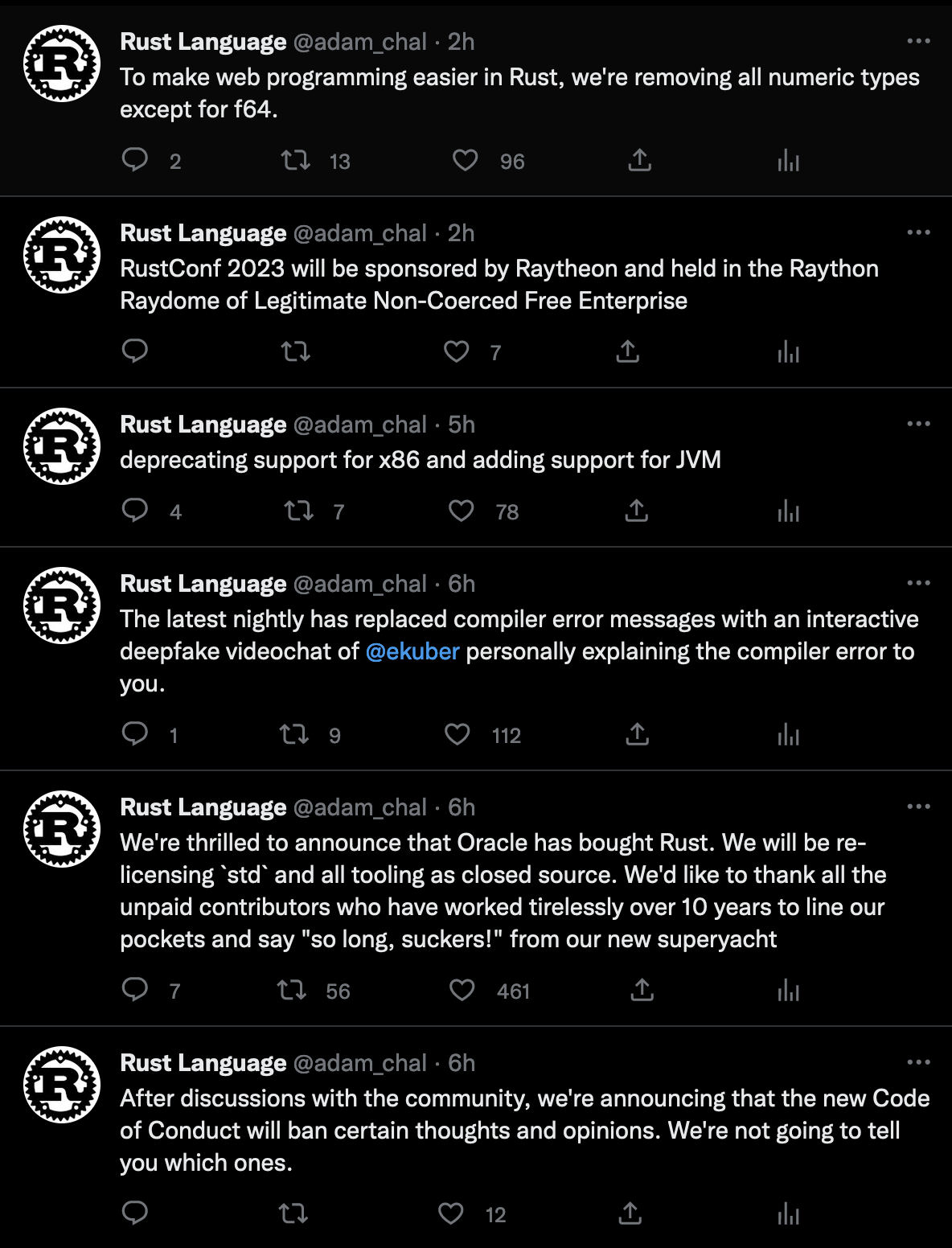 (actually the deepfake @ekuber tweet made me think. I don't really want Copilot for writing code, but Copilot for debugging code would be really helpful. Like rubber duck programming, but the duck is AI and can run your tests, read your code, and make suggestions. Someone build that and make a billion dollars overnight please)

I ended up getting a lot of new followers from these tweets even though they're against the rules. The lesson is that cybercrime is fun and profitable. You can follow my twitter for more dumb fun, subscribe to this blog via RSS or watch it on GitHub. And if anyone knows a good Mastodon server to join feel free to let me know.